Karnataka is the state that has maintained its cultural inheritance in present times. There are many places in the state that are blessed with natural beauty and therefore the state is one of the most-liked spot in the country, visited by tourists from all around the world. The historic places like Aihole, Badami, Hampi, and Pattadakal, which feature some of the famous UNESCO World Heritage spots and it is the best pilgrimage trip in Karnataka state. Temples in Karnataka feature several architectural styles like Hoysala, Badami Chalukya, Vijayanagara, Dravidian, Western Chalukya, Badami Cave, Rashtrakuta, and Ganga architecture. The importance of the state is surely for its temples, as they are not just religious places of pray and also covered the country’s history, heritage, and traditions. There are thousands of pilgrimage places all over the state and We Tejas Tours and Travels service provider listed some of the popular temples in the state of Karnataka which is not just long-familiar in India and but all over the world. Please visit our website https://www.tejastravels.com/ for more information about Pilgrimage Tour Packages in Karnataka for an affordable price and best service.

Chokkanathaswamy Temple is suited near to the airport, the Chokkanathaswamy temple is one of the most former spiritual structures in Bangalore. The temple was constructed in the 10th century by the Cholas, the temple is dedicated to Lord Vishnu. The temple is constructed in true Chola style of architecture and has Tamil inscriptions on the pillars. The important highlights at the temple are the large pillars and the beautifully sculpted statues. On one of the pillars of the temple, Lord Vishnu’s dashavatharas (10 forms) are etched. Legend has it that people who come to the temple witnesses pranic energy flowing through their bodies as they pray. Hire Car/ Cab/ Tempo Travel/ Mini Bus/ Bus from Tejas Tours and Travels for the comfort and safe journey.

Chamundeshwari Temple is a traditional Hindu temple suited on the eastern edge of Mysore at the height of 1000 feet on the Chamundi hills. Dedicated to and named after goddess Durga, the temple also has statues of Nandi and Mahishasura, the demon. The oldest temples in the palace city of Mysore, the temple is a must-visit attraction for the tourist. The Chamundeshwari Temple is considered as a Shakti Peetha and is one among the 18 Maha Shakti Peethas. An Idol of goddess Durga here is adorned every day and worshiped by a number of priests. The Chamundeshwari temple also has statues of the demon Mahishasura; tourists can even see the tremendous statues from the way driving up to the temple. The temple also has a Nandi statue, which is that of a cow and holds great importance in Hindu mythology. The view from the temple is stunning, as you can see many significant structures of the city including the Lalitha Mahal Palace. Book your Car/ Cab/ Tempo Travel/ Mini Bus/ Bus from Tejas Tours and Travels for the best travel experience. 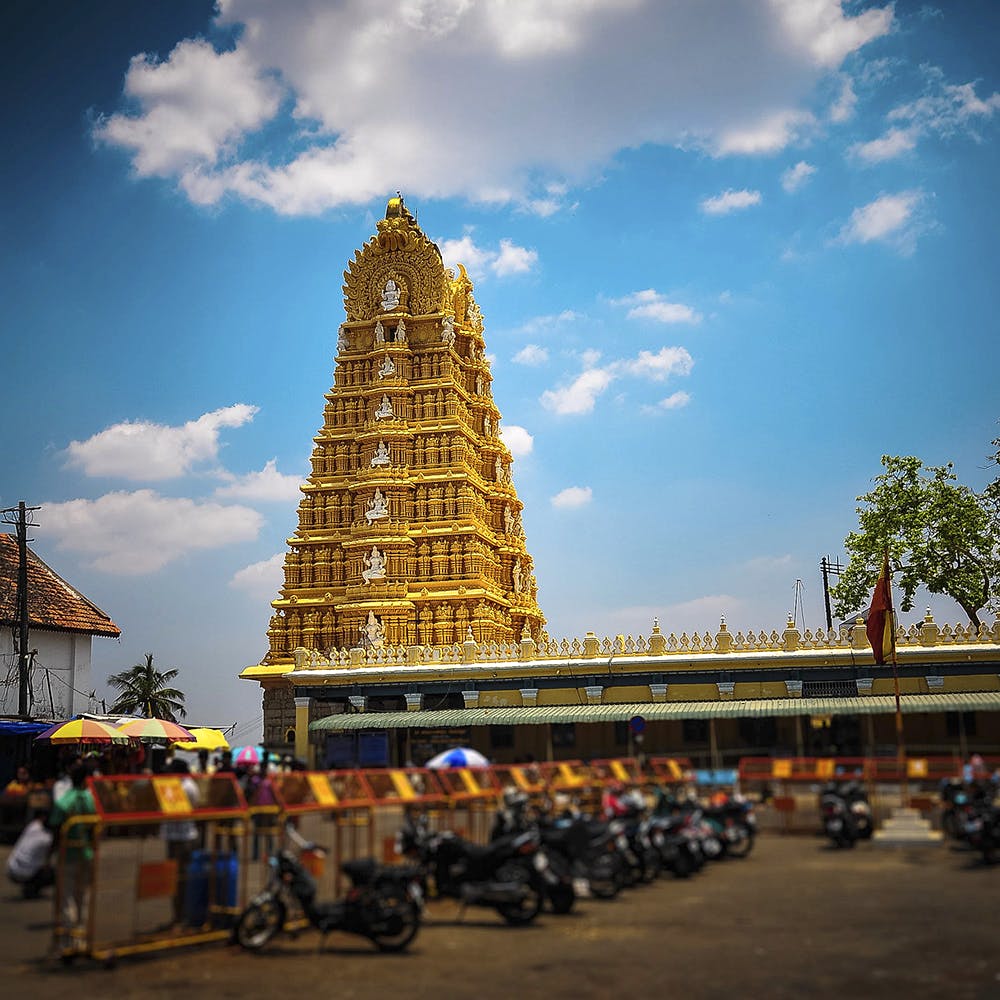 Dharmasthala is a lovely temple town with a blend of heritage, culture, and religion. Located on the banks of Nethravathi River in Karnataka. The places are well known as a pilgrim site for the Shaiva, Vaishnava and Jaina communities. Dharmasthala Temple is a major tourist attraction that celebrates ‘Lakshadeepa’ – a festival of lights that occur every year from November to December. Another top attraction is the Bahubali statue, carved out of a single stone which measures 39 feet tall. Dharmasthala has natural beauty gifted by its location, and the same is ornamented by the abundant and widespread scents of culture and spirituality in its air. Hire Car/ Cab/ Tempo Travel/ Mini Bus/ Bus from Tejas Tours & Travels for the Best Pilgrimage Trip in Karnataka. 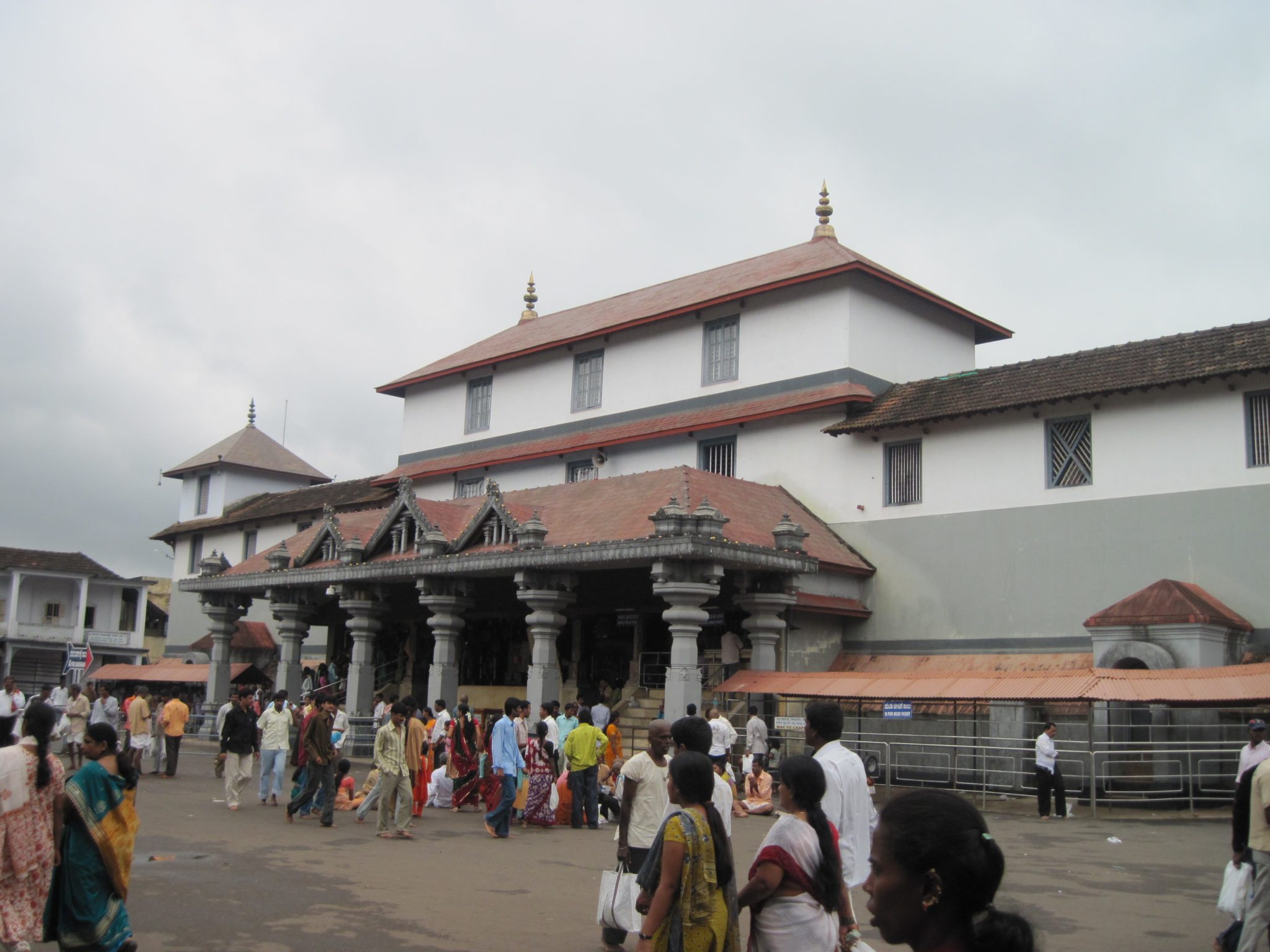 Murudeshwar is origin to the 2nd tallest statue of Lord Shiva (120 feet) in the world. The shining Arabian Sea on three sides and the tremendous Western Ghats imposing their presence on this town, it is a favorite picnic spot for the folks from Kerala and Karnataka. The beaches and the adventure activities around Netrani Island are significant attractions for the tourists. Near to Netrani Island is also a voguish spot for tourists as it offers fantabulous snorkeling and scuba diving opportunities. Hire Car/ Cab/ Tempo Travel/ Mini Bus/ Bus to opt the pilgrimage travel packages from Tejas Tours & Travels. 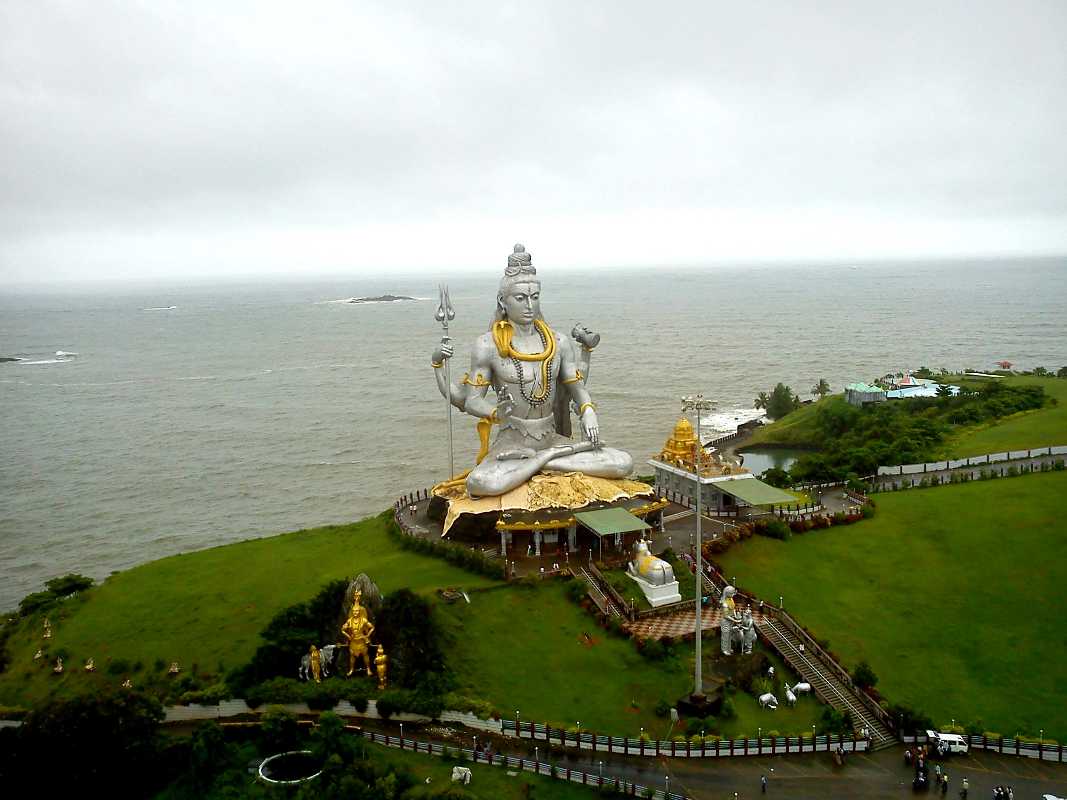 Aihole is a medieval center located in Bagalkot, Karnataka. It is also among the contenders for a position in the UNESCO World Heritage site. Environed by sandstone hills and villages, it stands on the banks of the Malaprabha River. At one time, the capital of the Chalukya Dynasty, Excavations revealed that this site has over 100 Hindu and Jain temples dating back to the time of the Chalukyas and it turned today as a prominent center for temple architecture and intricate stonework. Besides Hindu and Jain Temples, Aihole boasts of a rock-cut Buddhist monument dedicated to Lord Buddha. A few ancient spots of the town include the Durga Temple, Lad Khan Temple, Ravanaphadi Cave Temples, Huchimalli Temple, Meganagudi group, Gowda Temple and the Huchappayyagudi Temple amongst numerous others. Hire Car/ Cab/ Tempo Travel/ Mini Bus/ Bus to opt best pilgrimage tour packages from Tejas Tours & Travels. 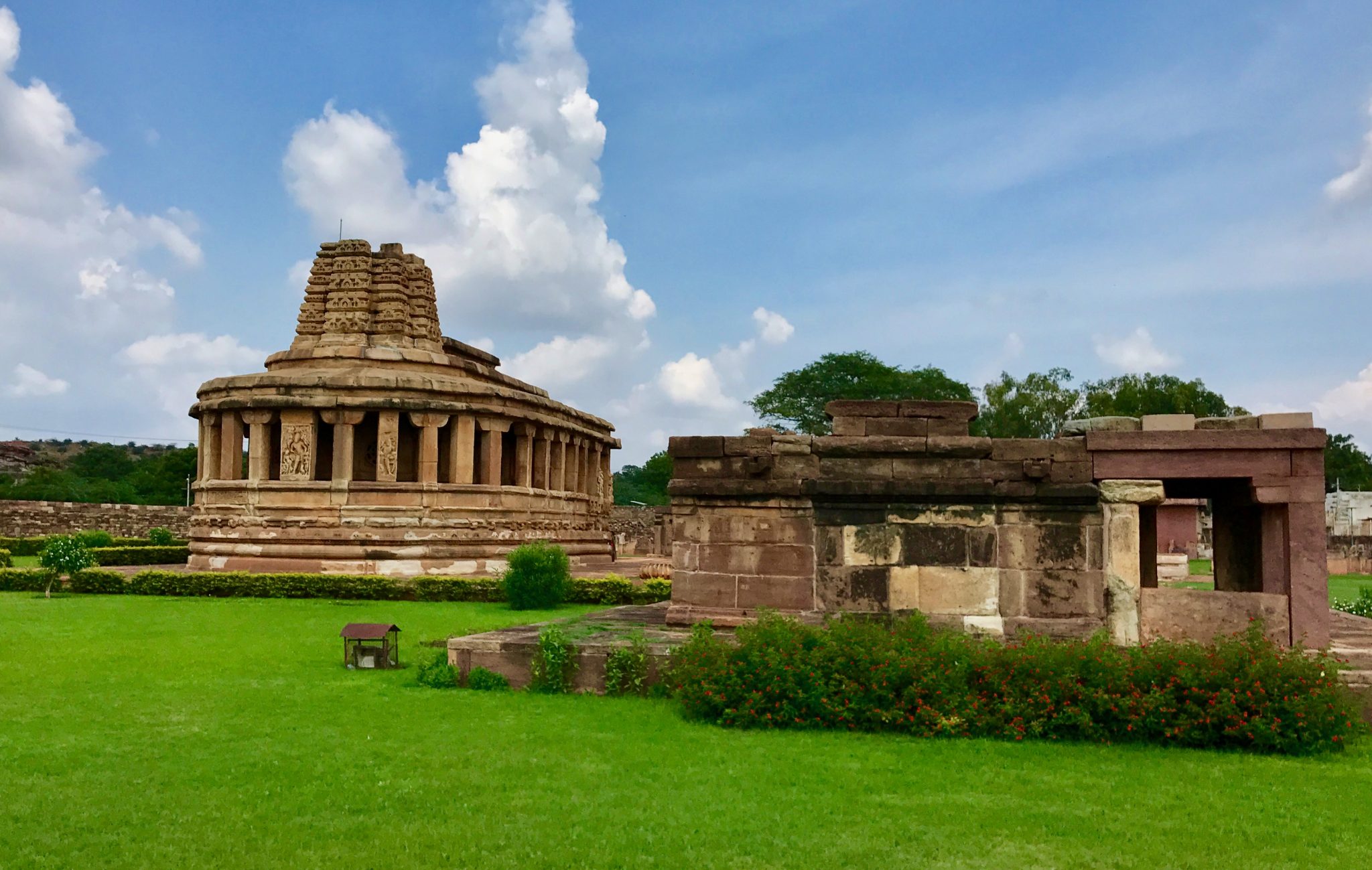 Sringeri (Sri Kshetra Shringeri) is a notable hill town close in the Chikkamagaluru District of Karnataka. It is a pilgrimage center, primarily known for the Sharada Peetham, which was constructed by the great Adi Shankara around the 9th century. According to experts, Adi Shankaracharya stayed here for 12 years and preached his devotees and people around the town. The town dazzles during the festival of Navaratri and rituals are performed in the presence of countless devotees. Although Sringeri is a pilgrimage site, it also boasts of natural wonders that look fresh and verdant between October and March. Book your Car/ Cab/ Tempo Travel/ Minibus/ Bus from Tejas Tours & Travels for the pilgrimage trip. 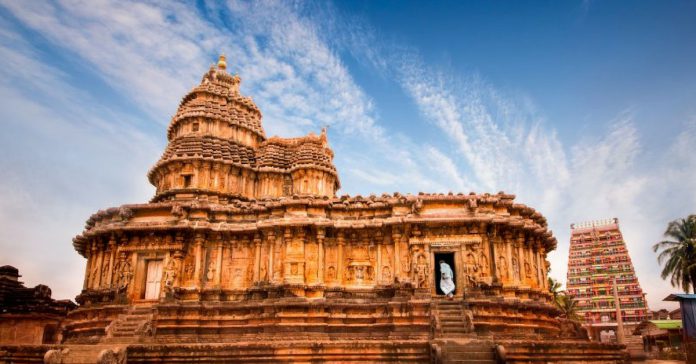